Upon booking my flight, I had suspected that I would like Switzerland so I had been excited ever since.

I arrive in Zurich and the first thing I notice is that even though it’s December, it’s not crazy cold! I was warned about the weather and I was advised to bring proper winter clothes, but it seemed that I would not have to use it. *Yay*

The second most interesting thing was the countdown of the arrival of the train that takes you to the exit. I was watching the minutes turn to seconds and the train arrived early. That made me kind of smile because technically it wasn’t on time. But then to my surprise, the openibg of the doors and the train perfectly sync with the timer! I know that it’s not that exciting, but coming from a country that EVERYONE is late, this was huge to me!

I then wait for my bags and get greeted by an old friend of mine at the exit. We walk to the train station and head to Zurich to then change trains towards Winterthur.

My friend had organised a house party about 2 hours later and needed to get some things from the supermarket. So we find a local one in Winterthur and we come out holding a carton of an 8 pack of beers each and a bag of misc like ketchup, cola etc.

It was lightly raining and as we were walking on the right side of the road. I was dragging my bag with my left hand and the carton with the other hand. Suddenly, the handle of the carton just separated from the rest of the box and the beers just smacked down. The box was frothing from the smashed beer and I just stood there shocked! I knew that Swiss don’t appreciate littering, so I felt like I had offended them.

My friend took out the unbroken bottles one by one, getting cut in the process and begins to bleed. He finds a bin to dispose of the trash and we continue walking laughing at what just happened. 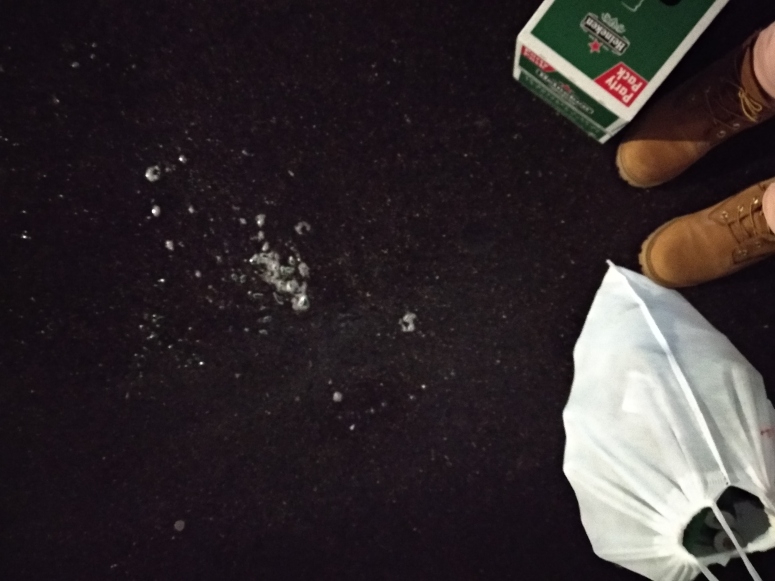 I swear, 3 steps later his bag opens and I see a big cola rolling in the street, under a moving car and staying intact! I could not believe what was happening!!! I began nervously laughing! I was shocked! AGAIN!

A young guy approaches me and asks something in swiss-german. I turn to my friend and they begin talking. The guy takes out a reusable bag and hands it to my friend.

A complete stranger. He had nothing to gain by stopping to help. I then remembered one of my stereotypes on the list that says that the Swiss are cold and realised that breaking the stereotype list down will be easier than I thought.

These were my first 40 minutes in the country. A mix of stress and laughter!

Later at the party, I had the chance to meet locals and talk about stereotypes, magnetic energy, chemistry, dating and many more random subjects!

*Spoiler* I am falling in love with Switzerland 🇨🇭

This site uses Akismet to reduce spam. Learn how your comment data is processed.